The Newswires | Market Watch | The Economy

The Aftermath of Brexit

An extract from The Clearance newsletter 11.7.16 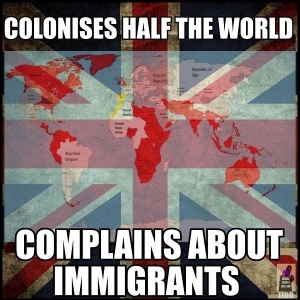 Mrng. They say a week’s a long time in politics but they are idiots so let’s just agree that a week is 7 days whether you’re a politician or an eggplant. However, much can happen in a week, tho generally not much should you be an example of that well known purple botanical species Solanum melongena, but does often apply to politicks (a blood sucking insect generally involved in the pass time briefly touched on in the opening stanza several lines above). Witness the dramas (soap operas?) that have enveloped the global political elite since the last visit to your in-boxes of this engrossing serial:

• Boris Johnson (Anglo Saxon name meaning Donald Trump but with a sillier first name) gets stabbed in the back by his erstwhile brother in arms in the Brexit fiasco & withdraws from the leadership race of the British Conservative party;